I have survived a lot of things:

Winter in Iowa. Hang gliding. Centipedes in my house.
Nursing school. Having an anniversary in December. Accutane.
Going without chocolate for a WHOLE day. Natural childbirth (but just barely).


And I just survived Disneyland with 6 kids under 6.

This is one of those things I swore I'd never do.

My family frequented Disneyland when I was young, and the haunting image of hundreds of toddlers simultaneously melting down after lunchtime has been forever seared into my memory. I vowed at that time never to bring any of my own kids to Disneyland until they were at least 5.

That vow has been BROKEN.

Up to this point I have a very strategic, very serious plan for approaching Disneyland. Without rehashing a previous post too much, my strategy includes arriving early, running (NEVER walking) from ride to ride, skipping all parades, musical shows, and unnecessary bathroom breaks, using Fast Passes as much as possible, and eating a churro EVERY day.

Under my previous strategy, one or two kid rides a day were acceptable ONLY directly after mealtimes to prevent barfing, and riding "It's a Small World" is never, NEVER allowed. Ever.

Well, Camber, adapt or die, because that strategy only works for 12-year-olds or immature young-at-heart adults. Not 6 wee ones that don't meet the height requirement for...anything.

So I revised my strategy.

Then I burned it.

The result was a Disneyland experience unlike any I'd ever had.

We rode the kid rides. 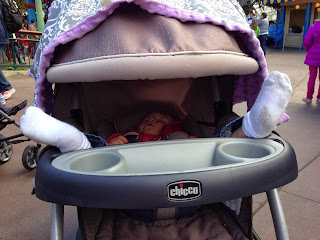 We took pictures with Disney characters. 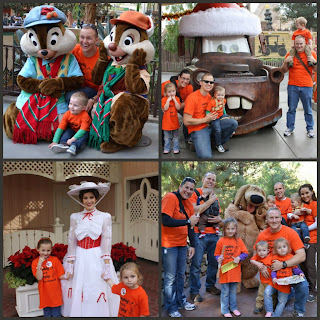 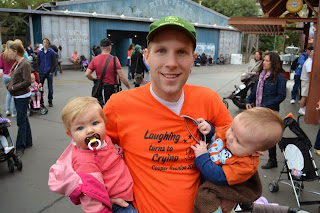 We (gulp) watched the parade.

We played duck duck goose while waiting for others on the grown-up rides. 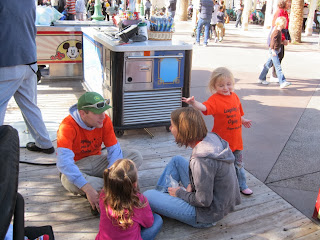 And we kind of sort of possibly may have ridden It's a Small World. Ssssshhhhhhh......


And....we wore Construction Orange shirts with possibly the most prophetic phrase ever printed on a T-shirt:


Thanks to the shirt color, we could pick out members of our group from half a mile away.

And the fulfillment of the T-shirt prophecy:

And finally:
We're already talking about going back.
Posted by Camber at 8:54 AM 5 comments: